Growing In Christ: A Study in Sanctification 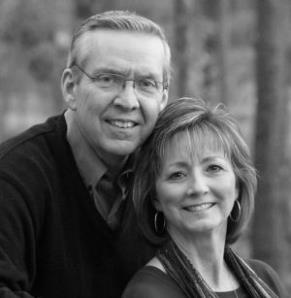 Carey graduated from the University of Houston with a B.S. in Pharmacy in 1977. In 1984 he sold his pharmacy to go on staff of a Baptisti church in Texas as Christian School Principal and Minister of Music. Carey moved to California in 1990 to study at The Master's Seminary and graduated from there with a Master of Divinity degree. From 1993 until 2006, he served on the pastoral staff at Grace Community Church. In addition to his role at Grace Community as Senior Executive Pastor and Personal Assistant to John MacArthur, Carey taught in the annual Grace Church Shepherds' Conference, and as well was an adjunct professor at The Master's College and The Master's Seminary. In October of 2006, Carey became the Pastor-Teacher of Twiin City Bible Church. In addition, Carey is an adjunct professor at Shepherds Theiological Seminary in Cary, NC. Carey and his wife, Pam are blessed with four children who love and serve Christ.